by Jim Nortz
in Ethics

This post was originally shared in the ACC Docket and is republished here with permission from the author.

Last year, I got a crazy idea in my head. I decided it would be “fun” to ride my mountain bike 100 miles on the path along the Erie Canal from my home to my parents’ house. So, early in the morning, on a hot summer day, I rode to the canal path, pointed my bike westward and began to peddle.

As I anticipated, it was an arduous journey. Although I was fit enough for the ride, for eight hours I fought a steady 15-mile-a-hour headwind on a soft, muddy path in 95-degree heat. Needless to say, I experienced a significant amount of physical discomfort on the journey. Here’s the thing though: Even though I would have been much more comfortable spending the day sipping mojitos on my back porch, I look back on my daylong ride to Youngstown with pride and deep satisfaction. And I know that I would not have felt the same way about lounging around for the day. Moreover, despite the suffering I experienced on my ride (and the fact that my family thinks I’m a bit crazy), I feel motivated to find another similar challenge in the future.

This morning, I watched a TED Talk by Daniel Ariely,[1] who discussed research he conducted that offers an explanation as to why some enjoy difficult challenges and identifies key factors that motivate people to perform any task. His work provides some important insights that corporate leaders interested in building and sustaining strong ethical cultures need to understand.

In his TED Talk, Ariely begins by challenging the widely accepted notion that people are primarily motivated to behave the way they do by a desire for pleasure, money or power by making an observation about mountain climbers. Like me on my bike ride, mountain climbers experience significant hardships to reach the summit. Yet, despite this suffering, when they complete their hazardous and painful journey, they not only take great satisfaction in their achievement, they want to do it again because they find meaning in this activity unrelated to pleasure, money or power.

To explore what really motivates people to behave the way they do, and its implications in the workplace, Ariely performed a series of clever experiments. In one of these experiments, subjects were provided a sheet of paper filled with randomly arranged letters. They were offered a small amount of compensation to search for and circle all instances in which the same letter appeared together on the page.

The first group of test subjects were asked to put their name on the top of the page. When they handed the paper to the experimenter, the experimenter looked over their work, acknowledged that they had completed the task and then asked if they would like to do it again, but for less money. This process was repeated until, the compensation offered was not sufficient to motivate them to complete the task.

As you might suspect, the experiment showed that the first set of test subjects were willing to do the task many more times and for less money than the other two sets of test subjects. In fact, on average, they agreed to complete the task for 15 cents per page before they stopped. By comparison, the third group quit at 30 cents – twice as much as the first group. Similarly, the second group – whose work was ignored – quit at around 25 cents.

Ariely’s observations have profound implications for business leaders. First, like mountain climbers, for some – even though the journey may be difficult – getting the job done the right way may be its own reward. Second, simply acknowledging individuals’ efforts can be a powerful motivator to complete tasks independent of financial compensation. And third, ignoring individuals’ efforts is nearly as demotivating as shredding their work in front of their eyes.

Here’s what this means: to build a strong, ethical team, you should begin by looking for individuals who find genuine meaning in achieving their goals while following the rules – even when doing so is hard. It also means that if you desire to motivate ethical behavior in the workplace, you will be significantly handicapped if you take such behavior for granted. On the other hand, if you acknowledge and applaud employees’ efforts to do the right thing in the right way, you will significantly increase your chances of success.

If Ariely is right, heroic efforts are not required to use these insights to induce ethical conduct. You may be able to advance this cause by hiring right and making a point, in routine business meetings, of acknowledging and taking pride in the fact that your team has gotten their work done in accordance with the rules. In so doing, keep in mind that the big lesson we can derive from Ariely’s work is that life is not primarily a quest for pleasure, money or power but, instead, a quest for meaning. So, if you are striving to build and sustain a strong ethical culture, look for ethical “mountain climbers” and don’t let any opportunity pass in which you can help employees find meaning in performing their work in the right way.

[1] Dan Ariely is the James B. Duke professor of Psychology and Behavioral Economics. He teaches at Duke University and is the founder of The Center for Advanced Hindsight and also the co-founder of BEworks. He is the author of Predictably Irrational and The Honest Truth about Dishonesty 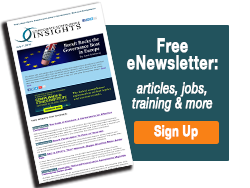 Jim Nortz is Founder & President of Axiom Compliance & Ethics Solutions LLC, a firm dedicated to driving ethical excellence by helping organizations implement effective compliance and ethics programs. Jim is a nationally recognized expert and thought leader in the field of business ethics and compliance with over a decade of experience serving multinational petrochemical, staffing, business process outsourcing, pharmaceutical and medical device corporations. Jim spent the first 17 years of his career as a criminal and civil litigator and Senior Corporate Counsel before becoming Crompton Corporation’s first Vice President, Business Ethics and Compliance in 2003. Since then, Jim has served as a compliance officer at Crompton and for five other multinational corporations, the most recent of which was as Chief Compliance Officer at Carestream Health. Jim has extensive experience in implementing world-class compliance and ethics programs sufficiently robust to withstand U.S. Department of Justice scrutiny. Jim is a frequent guest lecturer at the University of Rochester’s Simon School of Business, RIT’s Saunders School of Business, St. John Fisher College, Nazareth College and other law schools, universities and organizations around the country. Jim writes the monthly business ethics columns for the Association of Corporate Counsel Docket magazine and the Rochester Business Journal. Jim is a National Association of Corporate Directors Fellow, a member of the International Association of Independent Corporate Monitors and serves on the Board of Directors of the Rochester Chapter of Conscious Capitalism as the Board’s Secretary and Chair of the Governance and Nomination Committee. Previously, Jim served on the Board of Directors for the Ethics and Compliance Officers Association and the Board of the Rochester Area Business Ethics Foundation.

Are You Ready for Stepped-Up Pay Vs. Performance Requirements in 2023 Proxy Season?

by Rosebud Nau and Alexandria Pencsak

Most public companies will be required to disclose details about executive compensation starting with next year’s proxy statements, under rules...

Time’s Almost Up: Are You Ready for the SEC’s New Marketing Rule?

The SEC’s marketing rule came into effect May 4, 2021. Since then, registered investment advisers (RIAs) have had an 18-month...

Public Company Audit Inspections Are Coming. Will Your Company Be Affected by New Focus Areas?

Public companies could face a series of indirect ramifications related to updated focus areas for the nonprofit board that oversees...