5 Rewards — and Drawbacks — of Being a Whistleblower

The truth of the matter is that you always know the right thing to do.
The hard part is doing it.
— H. Norman Schwarzkopf, Jr.

In each of the past four years, more employees have blown the whistle on wrongdoing by their employers.  And the law has encouraged this growth: Both federal and state statutes offer new incentives and protections for whistleblowers.  Still, reporting wrongdoing at work will never be easy. As an attorney who specializes in whistleblower cases, I see this every day.  For my clients, simply taking the first step — visiting my firm’s website, let’s say — is an act of courage. Moving forward, even after I tell them what’s ahead? It is not for the faint of heart.

So why do whistleblowers go ahead?

Each client has personal reasons, of course. But on balance, they understand that the positive effects will — in the end — outweigh the negative effects.  Plus, as Gen. Schwarzkopf said, it’s the right thing to do.  Here is the trade-off I ask my clients to consider: The five drawbacks of being a whistleblower — and the five rewards that can outweigh them.

My clients don’t mind being described as whistleblowers; They’re proud to stand up for their principles. But they don’t want to be known only as whistleblowers. That’s a label that can hurt a career, either within or outside the company being accused.

Many prospective employers will value your integrity, but others may fear it.  Never be ashamed of your whistleblower status, but stay focused on what’s truly relevant to an employer: your skills.

Reward #1: You can sleep at night.

My clients are driven by personal honor. They are offended by the illegal actions of others and cannot simply turn away. This is stressful for them; in some cases, they literally cannot sleep.

Many whistleblowers already have reported problems internally — to a supervisor or compliance officer at their company, for example — and have been disappointed by the response. Often the only way they can fulfill their duty to themselves is to contact a lawyer.  And when they do the right thing, a burden lifts.

Drawback #2: You may face retaliation.

Indeed, many of my clients already have experienced retaliation by their employer. Often it’s what brought them to me.  Punishment may be as simple — and brutal — as getting fired for speaking out. Or it may be more subtle: a change in job duties, reassignment to a distant office, exclusion from key meetings.

Retaliating against a whistleblower is often illegal, but it happens anyway. And in some cases, employers keep retaliating even after a whistleblower no longer works at the company.  The important thing is to be prepared, and to react quickly; retaliation laws often require a fast legal response.

By winning or settling a retaliation case against an employer, a whistleblower protects all future employees who report wrongdoing at that company.  The losing company usually will punish or remove the wrongdoers, and often will make it easier for honest employees to speak up. And its new policies — whether voluntary or court-ordered — may be adopted by peer companies, too.

Compare this to admitting defeat and slinking away: What will other honest employees conclude if you do that?

Drawback #3: Your finances (and maybe your sanity) will come under fire.

Legal action is expensive and, until your case is resolved, you may need to shoulder some of the burden. Different lawyers will offer different arrangements, but you should never count on your action being “free.”  Even more important, you may have left your old job — whether by choice or not — and may find it hard to recreate your old salary. That’s not fair, but it’s often true.  Can you last for a while with less money? With no income? It’s important to be realistic before you take an irrevocable step.

Also true: You’ll get beaten up emotionally. You’ll face intrusive questioning; you’ll be forced to relive bad events; your private life may be exposed.  At a dark moment, you will question your decision to be a whistleblower; almost everyone does.

Reward #3: The law should make you whole — and you might get a financial windfall.

Whistleblower protection laws have a common goal: To ensure that whistleblowers are not penalized for their good-faith report of wrongdoing, so that honest people will continue to speak up.  If you can show that you followed the law and were damaged as a result, many statutes are designed to make you “whole” in the end. Usually this includes payment for emotional damages and lawyers’ fees.  The exact rules depend on the circumstances, however — and if you lose your case, of course, you won’t get any award.

Some whistleblowers may even profit from their honesty: If you report a fraud and your employer must reimburse the government, you may get up to 30% of the payback.  Again, it depends on circumstances — and perhaps on the state where you work — but whistleblowers have won rewards as high as several hundred million dollars. Lower numbers are typical, but some of my clients have won millions.

Drawback #4: Your relationships will be tested.

A legal battle is just that: A battle.  At the company you’ve accused, people will take sides — and you may be devastated to find that your colleagues, whom you regarded as friends, are now “against” you. The lunchroom that was once your hangout may become cold and unwelcoming.  Everyone will have reasons, good or bad. What’s relevant is the result: You may, at times, feel abandoned.

And the same stress may seep into your personal life. Family members may feel like they’re collateral damage in “your” battle — they face the same mental and financial pressures as you, but without your level of control.  I’m sad to say that I’ve seen some whistleblowers’ marriages fall apart.

Reward #4: Many bonds will strengthen.

On the other hand, many relationships will grow and deepen.  A spouse who stands beside you in a moral decision is a true helpmate. Most of my clients blow the whistle only with full permission from their spouse or partner — and after that, many couples will attend legal meetings together and make decisions as a team. I encourage this cooperation. It’s a great sign that we’ll win the case.

Kids are good team members, too. They have an affinity for honesty and heroism — so they get whistleblowing, and they know you’re the good guy. Unless their children are very young, I encourage my whistleblower clients to share at least part of their story with the whole family.

And don’t forget friends. Each whistleblower needs a friend, where appropriate, who’ll share in a celebration or put a setback into perspective. Identify that friend, and count on him or her. In a long life, you’ll have many opportunities to return the favor.

Drawback #5: Your lawsuit will take forever.

Let’s be forthright: Some whistleblower complaints take a long time to resolve.  Not all, by any means, but far too many.  Certain types of cases have extra legal steps: Some fraud complaints must be filed under seal, for instance, while the government decides whether to support a whistleblower. In other cases, an administrative agency or special counsel must examine a claim before it proceeds.

Almost always, an employer will deny everything — and since employers usually have more time and more money than employees, they will try to outlast a whistleblower by taking every step s-l-o-o-o-o-o-w-l-y, hoping that your money, or your patience, or your sanity will run out.

And then, even if you’re strong, comes the appeal.  There is no remedy here except to assemble your best case. The challenge, often, is not to convince a judge or jury—but rather to convince your opponent that you’ll reach that judge or jury, and that you’ll win when you do.  That will speed things up.

The wheels of justice may turn slowly, we’re told, but they grind exceedingly fine.  This is especially true for whistleblowers, I believe. Ultimately, justice is theirs.  Whistleblowers have a special status in our laws: Legislators have gone out of their way to write statutes to encourage whistleblowing, to reward it financially, and to punish anyone who tries to stop it.

Some of these laws, like the federal False Claims Act, have been around for more than 100 years.  Others, like the Dodd-Frank Act, are just finding their feet.  But they all send a consistent message to our courts: Whistleblowers improve our society — protect them.  And our courts, on the whole, take this message seriously.

I’m not saying that every whistleblower will win every case; far from it. Some of my most admirable clients have lost.  But overall, justice favors a righteous whistleblower.  And that’s only appropriate. Whistleblowing is hard—but, if you are faced with wrongdoing, it is the right thing to do.

Split Decisions: the Pros and Cons of Separating CEO and Chairman Roles 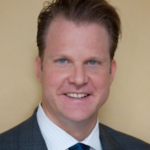 When assessing your ethics and compliance program, it seems only natural to look at each individual plank on its own,...

Reputation Is Your Company’s Most Precious Asset. How Can You Nurture and Preserve It?

Reputation is like a ticket to the big game. Show it at the door, or you won’t get in. It...

Allies in Privacy, Security & Compliance: Why Closer Collaboration Between CPOs and CISOs Benefits Everyone